The boys (Devon/Sean) had a blast at Ranger Camp this past weekend.

There is now a running joke carried forward from last year, after commander Randy's opening prayer at the end of which he prayed that the boys would enjoy themselves and be relatively safe.
It got real quiet, and afterwards Bill asked "only relatively safe?" (chuckles all around) 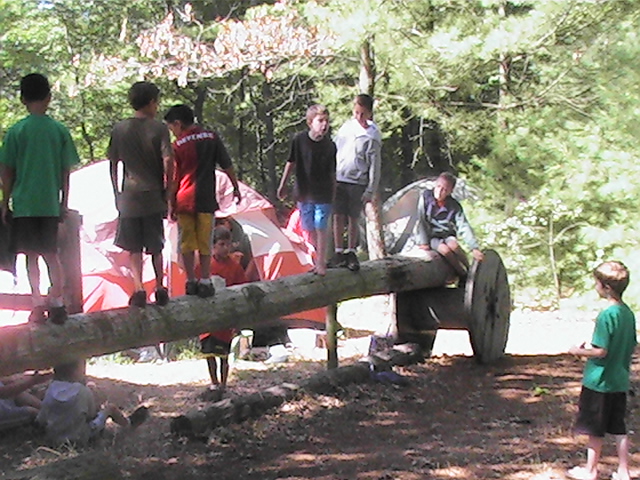 Now at moments like this (pictures) the commanders
all remind each other boys just wouldn't have fun
if we eliminated all risk.

I guess our target is somewhere between marginally safe
and completely safe.


How's this for a tag line: 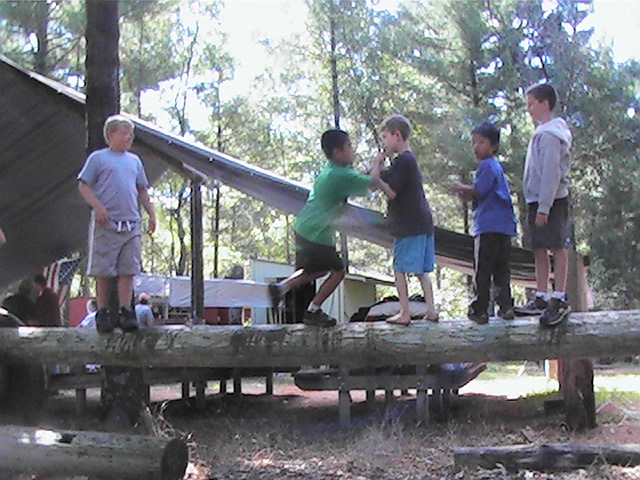 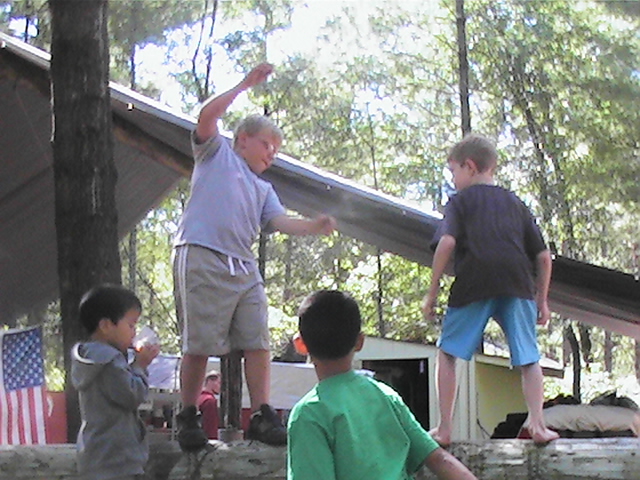 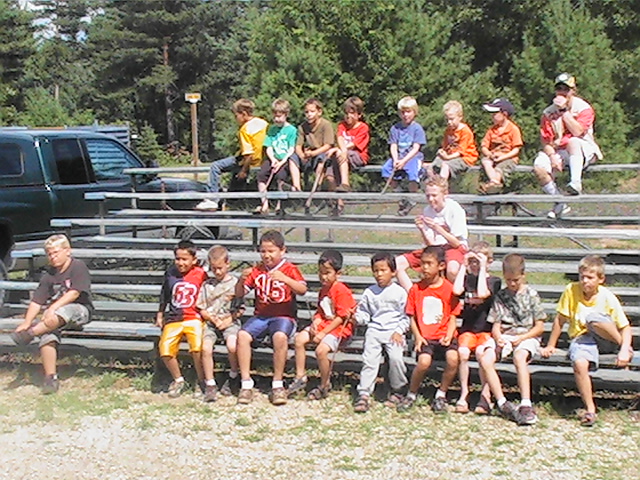 Afterwards there were prizes for everyone.

Then in the BB-Gun "shoot-off" Sean took first place!


Jaymun is still slowly gaining strength. On Friday after getting his platelets, his left eye swelled shut (bad allergic reaction). His Friday WBC was still only .8 but there were three/four segs (I think) - that would give him an ANC of 24/32? We go down to the hospital this morning again for labs and possibly blood (that takes hours) so we could very well spend the better part of today there.

6:45 PM... Didn't need blood again! RBC was the same as Friday (8.8) and he had not received blood Friday either! He got platelets today, but they had been 75 to start with. The past few times Jaymun has had a jittery reaction to the benadril premed that usually goes away in a few minutes. Today, just about when his platelets started, it expanded into a full-blown thrashing/screaming episode to where he was unconsolable and undistractable - we had to give him morphine to settle him down. So now we need to switch to a different premed.

His marrow is starting to recover!!!

So on Thursday we scheduled a bone marrow biopsy. That's not an aspiration, but a biopsy. Its a more accurate way of measuring what is in your marrow because you are taking a discrete section rather than sucking across space that may or may not be partially empty.

We would like to get a baseline for his marrow - we are all praying there are no blasts.